Shelby Town Center is an example of how we turned the loss of an anchor into a successful repositioning through lease-up and an accretive refinancing within 12 months.

Shelby Town Center consisted of a 140,000 SF vacant Sears (originally a Sears “Great Indoors”) and a 20,000 SF outlot/strip center in Shelby Township, MI. We originally developed this shopping center in 2000, using a 20-year loan and a separately owned and financed conventional loan for the strip building. Importantly, the existing loan contained a 8.45% interest rate as well as an aggressive amortization schedule. As a result, Sears’ base and additional rent was used primarily to service (and amortize) the loan with a modicum of cash-flow remaining.

Although the Sears Great Indoors concept was shut down quickly, Sears continued to use other divisions to occupy the building or subleased the property to third parties, but the space remained vacant for much of (2009-2018). In any case, from 2000 to 20, Sears continued to pay its base and additional rent, which totaled over $1M annually. Despite our several attempts to re-tenant the property by gaining control over the Sears space, (offering to sublease the space from Sears to minimize their expenses, structuring a buyout, etc.), we could never get close to a deal with Sears. Despite having interest from tenants such as the TJX Companies, Dick’s Sporting Goods, and BJ’s Warehouse, whatever deal we proposed…Sears simply asked for “more.” 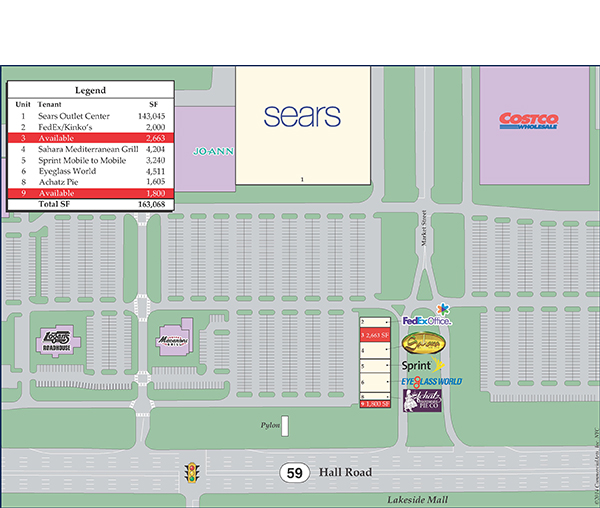 However, when Sears filed bankruptcy in October 2018, they immediately terminated their lease. While this court-approved termination gave us control over the space in November 2018, it also terminated Sears’ rent payments and more importantly, our ability to service our debt with property cash flows. Our knowledge of the retail market in Shelby and past experience, made us confident that we could re-tenant this 140,000 SF box, even in a difficult retail environment. Shelby was one of the most attractive submarkets in Michigan, and we were well-positioned in the retail corridor – next to the highest grossing Costco in Michigan and across the street from the Lakeside Mall. In order to do so, however, we would need both time and relief from the terms of our loan, which included over $880,000 annually in principal and interest payments. Given that the loan was non-recourse, (and the lender would be forced to re-position the property on its own), we felt that our lender would recognize that not only were we the party best positioned to redevelop the property, but that we also provided them with the best chance to be made whole.

We first negotiated debt relief with in the form of a forebearance agreement, on the following terms:

Our strategy was to negotiate replacement leases and reduce the operating expenses of the property (primarily debt service) so that we could refinance and stabilize the property without contributing additional equity.

We began negotiating leases for not only the vacant Sears, but also to address the rollover opportunities in the 20,000 SF strip building. As it related to the Sears building, philosophically our goal was to replicate the former Sears rent while minimizing the capital outlay required for Landlord work. Ultimately, we executed a long term lease with specialty flooring company Floor & Décor (NYSE: FND) for 91,500 SF and a long term lease with Edge Fitness, a private-equity backed fitness company, for 37,963 SF. 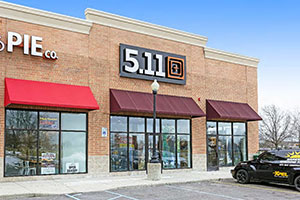 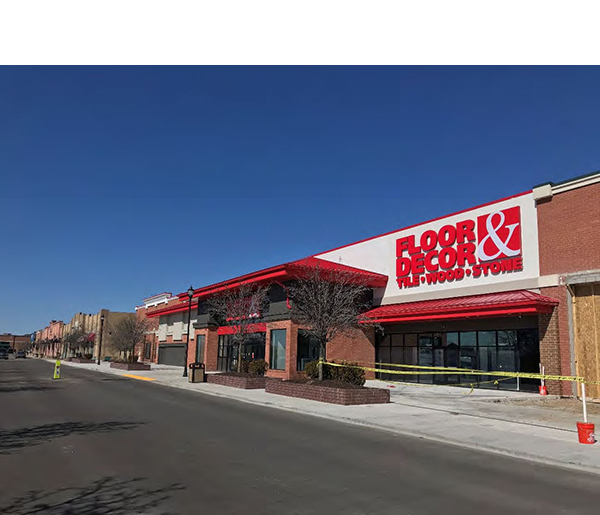 While finalizing the execution of the leases, we triangulated toward a 6/30/19 closing (per the Forebearance Agreement) that would allow us to 1) repay our existing mortgage, including any accrued interest payments, 2) provide us with the additional proceeds for the redevelopment (which included subdividing the Sears, repaving the parking lot, adding new parking lot lights, re-roofing the Edge Fitness space and creating the spaces for the new inline tenants) and give us the flexibility to either refinance or sell when the property is stabilized.

On June 18, 2019, we closed a $10.5M refinancing with which was interest only at 5.40%, non-recourse, had a 3 year maturity and included both TI/LC escrows to draw from and rent escrows which were to be released upon tenants opening and paying rent. 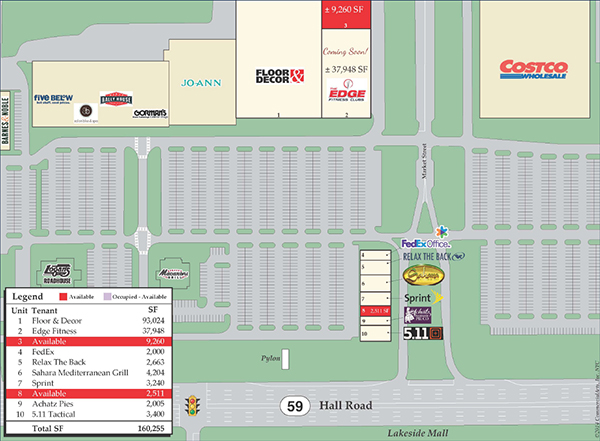 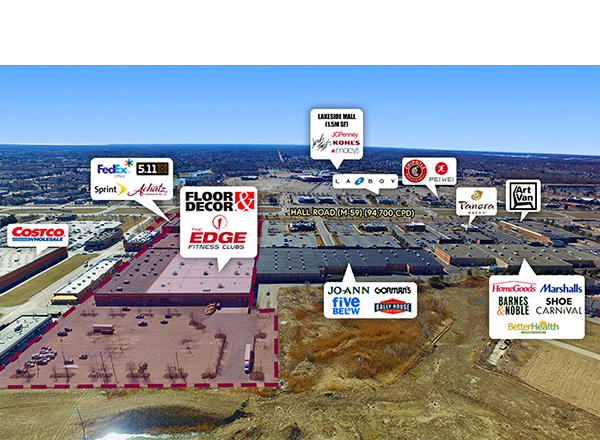 In October 2019, both Floor & Décor and 5.11 Tactical commenced paying rent and we delivered possession to Edge Fitness in December 2019. Of course, March 2020 brought even greater challenges in the name of the COVID-19 (coronavirus) pandemic. While the property maintained its occupancy and collections throughout, Edge Fitness, similar to other large fitness chains, experienced severe disruptions resulting from government mandated shut-downs. Given the strength of the location and market and Edge’s long-term view, we were able to successfully amend the lease to allow for brief pause, allow Edge to re-open its current fleet of gyms and delay the build-out and rent commencement of its Shelby location. By working actively with our tenant, we were able to craft a mutually agreeable solution that would permit Edge Fitness to open to the public by December ’21 rather than December ’20. The stable revenue stream created by our new tenants combined with the short-term refinancing strategically position this property for either a successful exit or reliable cash flow upon a longer-term financing.

The Shops at Shelby