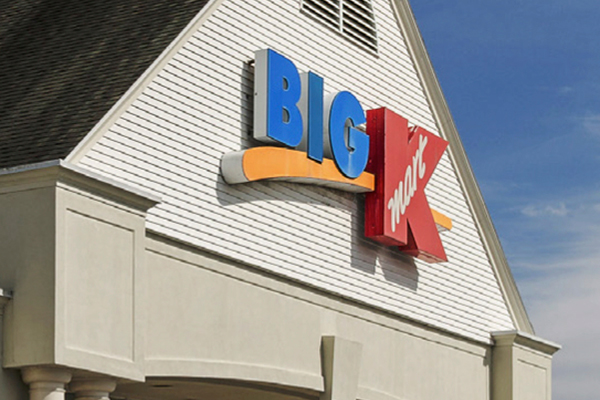 We acquired the Hershey Square Shopping Center located in Hummelstown, PA in October of 2014. At the time, this property had only one vacancy (a 2,000 square foot former bank pad) and as a result of cost-effective acquisition financing, was projected to produce attractive yields. In our investment thesis, the primary opportunity for equity growth and appreciation would come when we eventually recaptured the anchor space from Kmart. However, shortly after our acquisition of the property, we created value through strategic lease-up and expansion of an existing outlot. 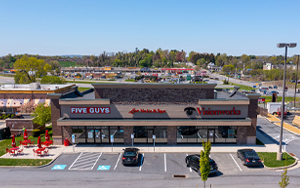 We found two areas where we could reposition the layout of the shopping center, grow net operating income, and bring in additional tenants. The first was to expand the vacant 2,000 square foot pad to a 6,750 square foot multi-tenant pad and add Five Guys, Visionworks, and a nail salon. 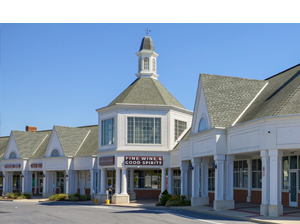 The second involved recapturing and reconfiguring the Pennsylvania state-owned liquor store Fine Wine & Good Spirits Premium Collection. The store formerly occupied 13,000 square feet, but used half of its inline space for storage. We were able to expand the existing footprint in the back by 4,000 square feet, reconfigure the store to fit the state’s new premium brand prototype, and at the same time recapture 6,700 square feet of inline space to lease to two new tenants. Not only did these moves result in a new ten-year lease with the state of Pennsylvania, but the five new tenants allowed us to increase NOI by 18% in less than two years from acquiring the property. 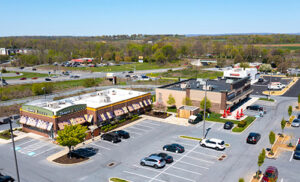 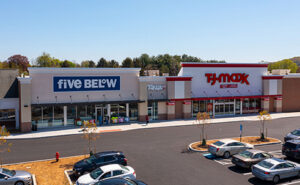 Of course, the substantial growth opportunity resided in the 107,000 square foot Kmart space. Upon its long-awaited departure in March 2019, we began marketing the anchor space for lease. Despite having an anchor in Kmart that was neither a draw nor a driver of cross-shopping, the balance of the tenants at Hershey Square thrived. The 55,000 square foot Weis Markets, which added a beer garden in 2018, the 10,000 square foot Fine Wine & Good Spirits-Premium Collection, as well as Panera Bread and Five Guys all contributed to making Hershey Square the center of retail activity in the Hummelstown market. Although filling over 100,000 square feet of retail is never an easy task, we were poised to once again add value at the shopping center. 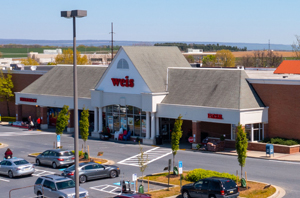 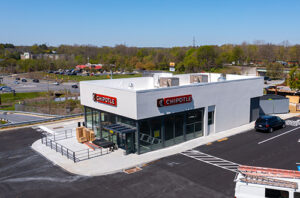 From November 2019 through May 2020, Heidenberg Properties executed leases for over 90,000 square feet with companies comprising a “who’s who” of today’s leading retailers. In what we have termed “Hershey Square 2.0,” we entered into long-term leases with T.J. Maxx, Big Lots, Five Below, and Planet Fitness, and are building a new pad for Chipotle (including a drive-thru and “Chipotlane”) in front of the Weis Markets. In addition, Weis added additional term to its lease, further demonstrating its confidence in the center.

These are exactly the types of opportunities we seek when we make acquisitions. We knew that this space would be desirable to top tier retailers and we couldn’t be more excited about the new tenant lineup. The mix of treasure hunt, value and experiential retailers that we are adding will well position this property for the long term.

To effectuate the redevelopment, Heidenberg Properties refinanced the property with Provident Bank in July and began construction in September. All new tenants are projected to be open and operating by May 2021. Provident Chief Lending Officer Walter Sierotko stated, “Refinancing in this environment is primarily sponsor-driven, especially as it relates to redevelopment. Heidenberg Properties and its partner, Strategic Real Estate Partners (SREP) have the experience and track record to sufficiently mitigate execution risk. We are confident that these developers will deliver on their business plan and we are pleased to bring them in as new customers to the bank.”

Upon completion of our redevelopment, we will have increased NOI by over 45% from our original acquisition.