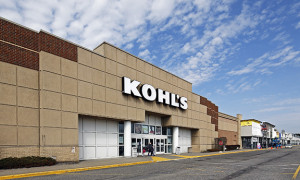 Some tenants may have changed, but the recent 25th anniversary of the Southport Shopping Center at 999 Montauk Highway in Shirley, NY, is proof that well-run, well-located centers can continue to dominate their markets.

Developed by Heidenberg Properties’ principals, the center first opened to the public in 1990 with original anchors Caldor and Waldbaum’s. Over the years, the retail mix has evolved and the center has grown from 207,000 to 299,000 square feet. The first major expansion was the addition of a 33,000 square foot Sears Hardware in 1998.

In 2000, Kohl’s replaced Caldor, adding an additional 10,000 square feet. Three years later, a 24,000 square foot strip of smaller stores was built, bringing Sleepy’s, Famous Footwear, Bank of America, and Lane Bryant to the center. In 2008, Waldbaum’s gave way to Stop & Shop, and a new 25,000 square foot Marshalls was constructed on the site as well. The former Sears Hardware was subdivided in 2014 and now is home to Modell’s and Michaels. Finally, 2014-15 also saw the addition of Kay Jewelers and Dressbarn and a 10-year option exercised by Kohl’s. Today, the center remains 100 percent leased, with a number of the tenants, including Marshalls, Petland and Kohl’s, among the top performers in their respective regions.

“These new tenants and their successes are a testament to our reinvestment efforts, which included a façade renovation last year and ongoing commitment to finding and supporting the best, most relevant retailers,” says Ken Simon, Vice President of Real Estate. “By embracing the concept that the only constant in retail is change, we continue to make Southport and the balance of our portfolio prosper.”

Heidenberg Properties is currently re-tenanting and expanding its Lake Plaza Shopping Center in Mahopac, NY, recently announcing Stop & Shop as its new anchor. In addition, the company’s Berlin Mall in Central Vermont, acquired in 2010, will open a new freestanding Kohl’s this March. Expansion plans are also underway at the Hershey Square Shopping Center in Hummelstown, PA, while The Plaza at Hauppauge, NY, recently saw the addition of Dollar Tree and several new tenants.