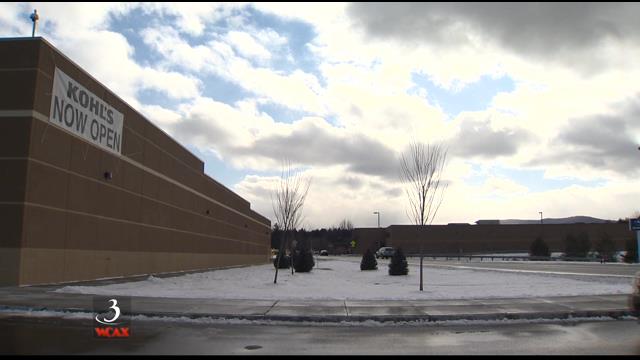 In Vermont and around the country, planners in recent years have been taking a close look at suburban malls, trying to re-envision how they can better fit into communities. Now efforts are underway in Berlin to give the community the town center it’s never had.

The opening of a new Kohls Department store in Berlin this month drew hoards of visitors. But aside from the new retailer, and the other major anchor in the area — Walmart — much of the Berlin Mall can at times feel vacant. With the growth of online shopping and other changes, many malls have struggled to remain relevant.

“Retail locations today have found that they need to offer a wider variety of experiences to shoppers to attract them,” said Michael Rushman, a consultant working with the Berlin Mall’s owners to take a new look at how the mall fits into the community. He’s pitching a proposal to transform the 65-acre site into the town center that Berlin’s never had. Between the close proximity to I-89, and major employers like Central Vermont Medical Center just next door, he says it’s an ideal location. “I suspect that’s probably the third most heavily trafficked retail site in the state, but what you don’t have here is the range of uses and services and activities that one associates with a town center or a downtown, and that’s what this concept is intended to bring to this site,” Rushman said.

It starts with transforming the parking lot out front into a traditional ‘Main Street,’ lined with vertical, multi-use buildings on one side, and reconfigured mall entrances on the other. Housing — including for seniors — a hotel, shops and restaurants would appeal to a key demographic. “Two population groups are driving this — Millennials, those in their 20’s, and empty-nesters, baby boomers — that are reaching the end of their careers or retiring, and both those groups are seeking sort of center city, downtown, village center, town center kinds of locations to live, work and play,” Rushman said. He says parks and recreation trails are included.

Efforts to create a town center here have come and gone for decades, with the most recent crumbling during the economic downturn. Rushman says this time is different. “You’ve got the state with a policy in place that makes available a new town center designation, and perhaps most importantly you have a single land owner — the owner of the 65 acre site that the mall sits on,” he said.

Mall goers we spoke to seemed to like the idea. “I come here everyday that I work — Monday through Friday — to do walking and it would be nice to be able to got outside in the nice weather and have a nice place to walk in stead of around a parking lot, ” said Chris Covino of Williamstown.

“I think that would be really nice,” said Melissa Hamilton of Huntington, was killing time while her car was getting fixed. “That was one of the things I asked them before I made my appointment, was what can I do when I come over here.”

The malls owners recently pitched the proposal to Berlin’s planning committee. The selectboard is expected to take up the proposal in the coming weeks..